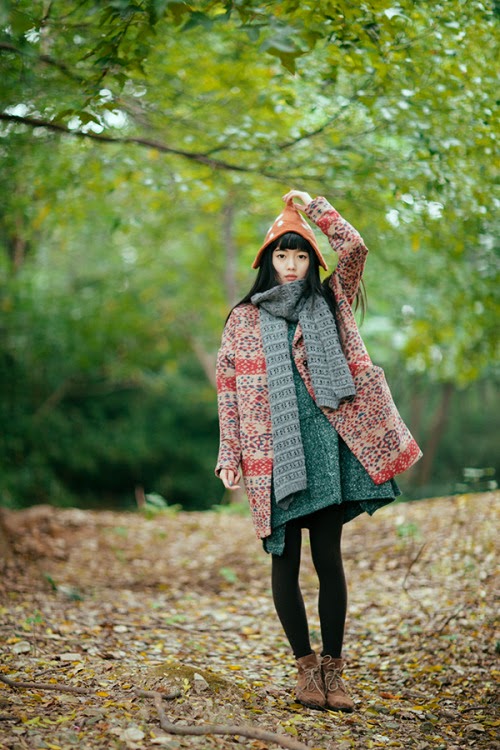 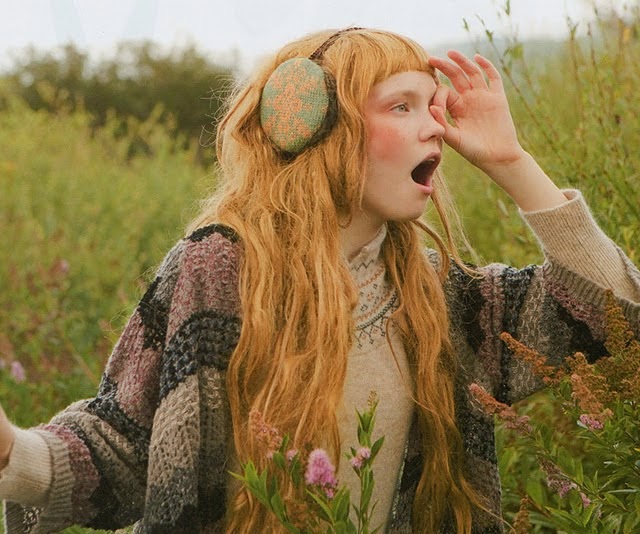 I grew up in a little town on the edge of the woods, so perhaps it's no surprise that I came to rest on mori kei (forest style) as one of my favorite Japanese subculture styles. I don't so much wear it myself as gravitate to the world of it, but I did buy a tan-hued floral tank the other day, so I think it is creeping into my own style! 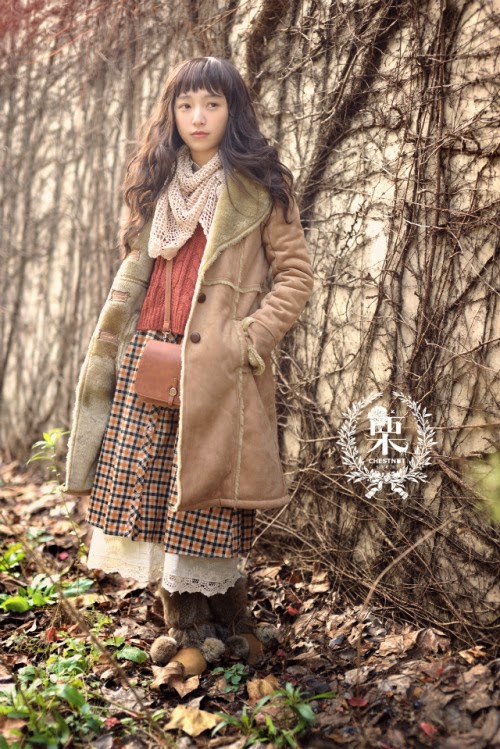 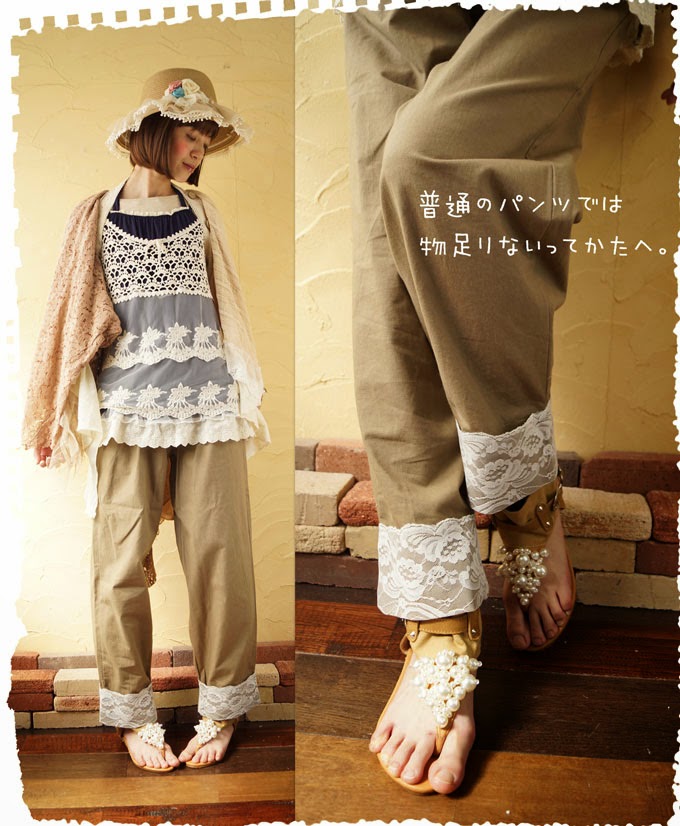 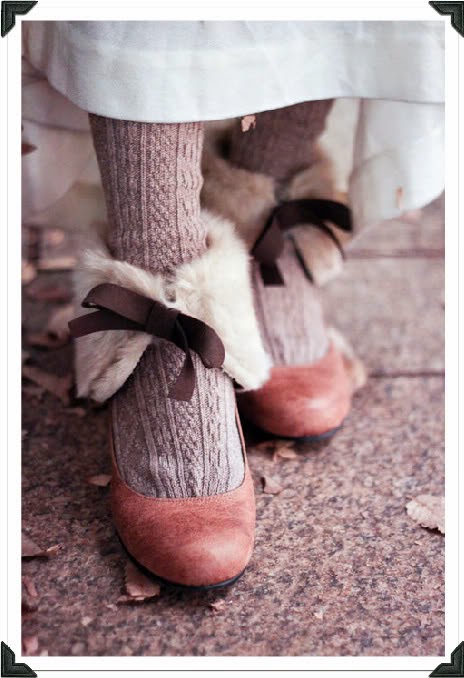 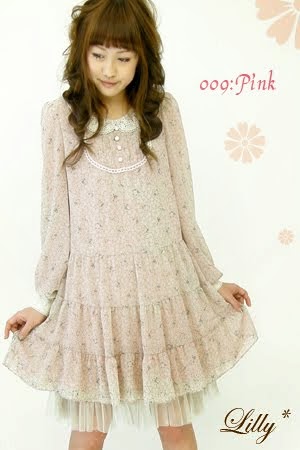 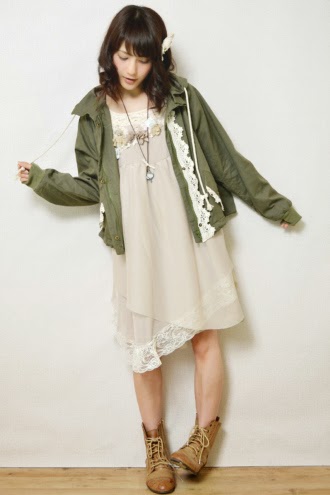 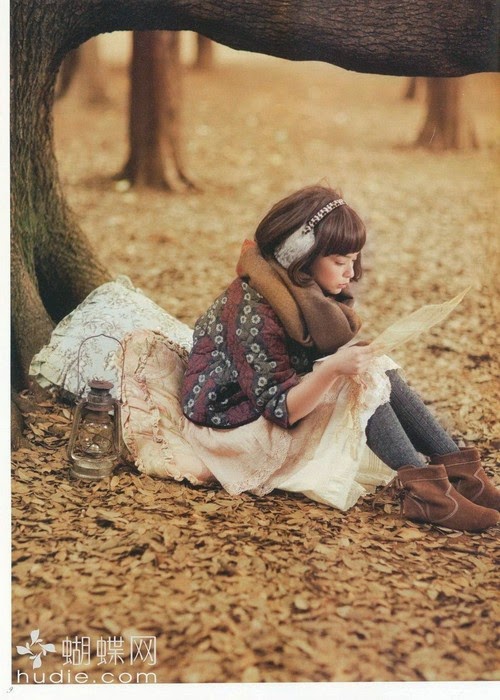 I think mori style appeals to the long-outgrown wood-fairy child I used to be, but a mature take, without the fantasy and the glitter. It manifests in my dollmaking and sewing as well - I already made and sold a mori girl outfit, and one of my dolls is something of a designated mori girl/wood sprite (her body is wood-grain patterned!). 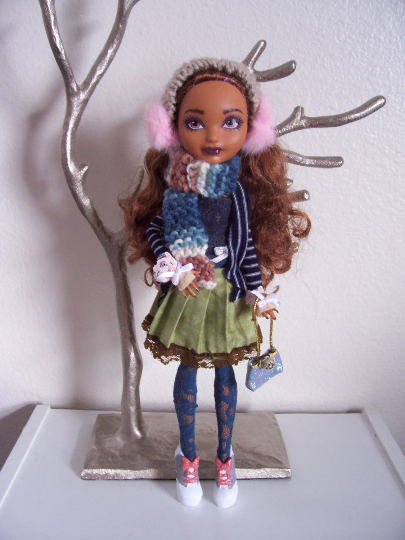 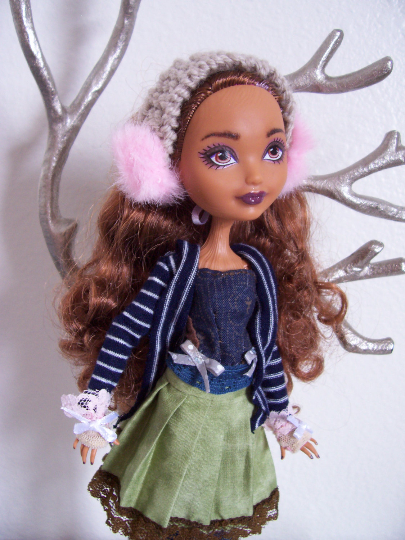 Mori kei is all about tan, wool, fur, knitted scarves, tea-stained lace, earmuffs, sweaters, sable collars, muted colors, laced boots, forest animals, vintage cameras, leaf litter, patterned tights, cotton dresses, pink cheeks, etc. Mori girls look as though they live deep in the woods and are sort of disconnected from time and the rest of the world; you might find them gathering mushrooms and petting a deer, or knitting their own fingerless gloves in a little cottage covered in moss. 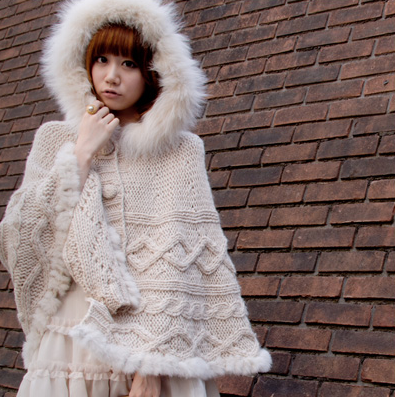 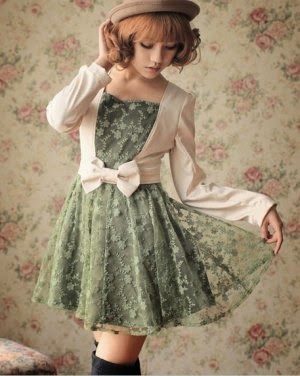 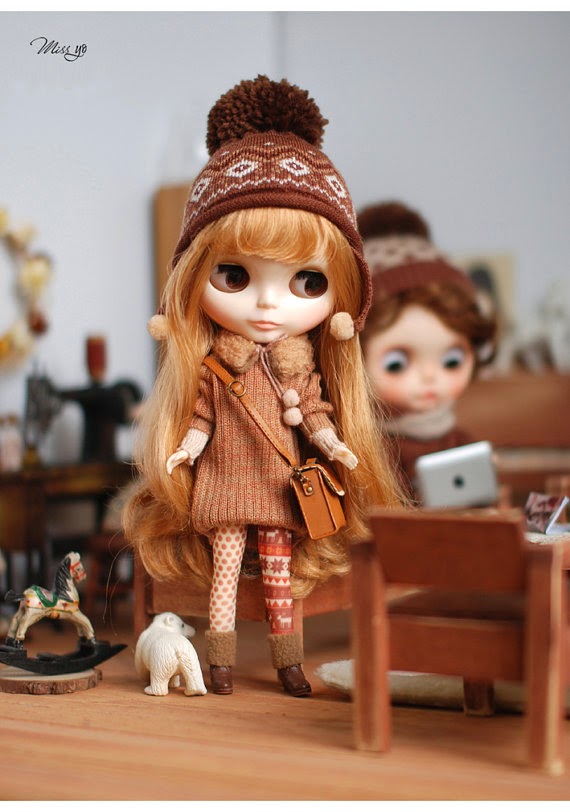 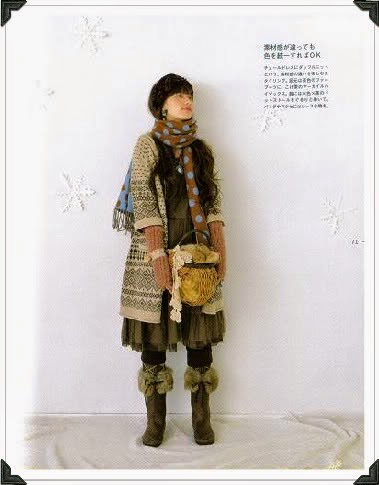 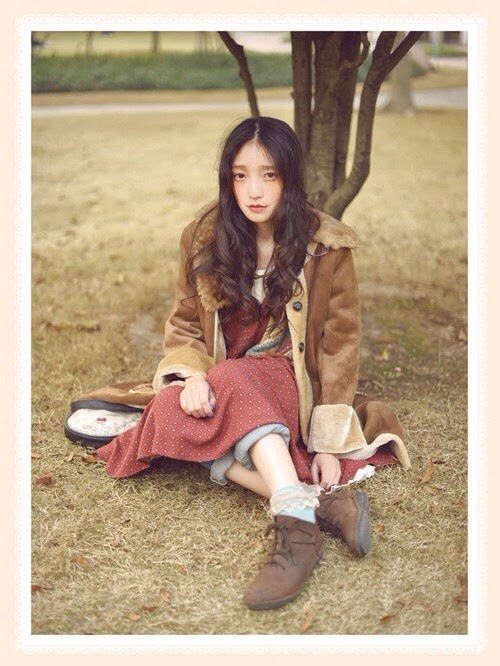 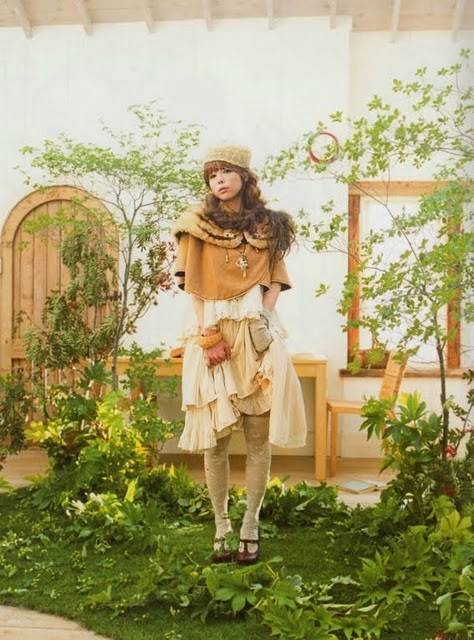 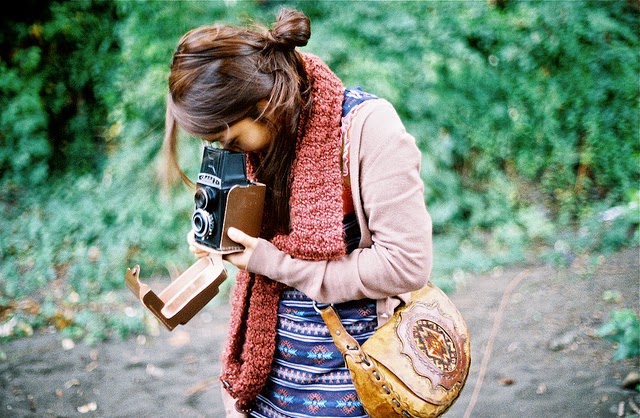 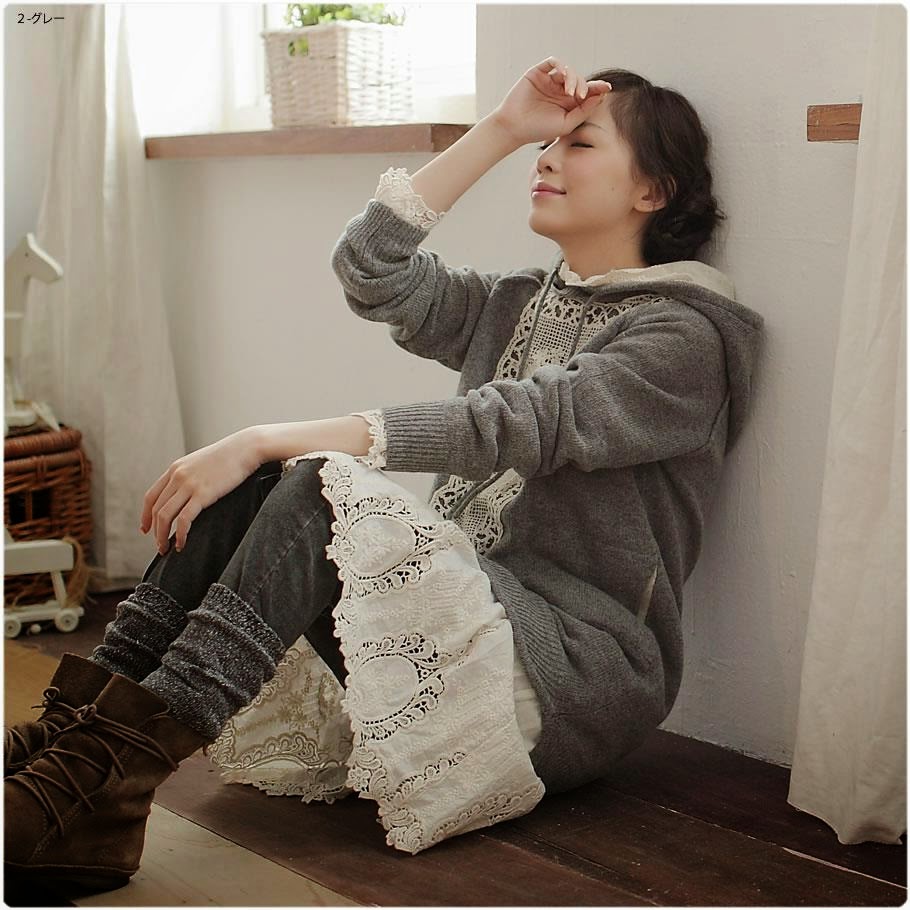 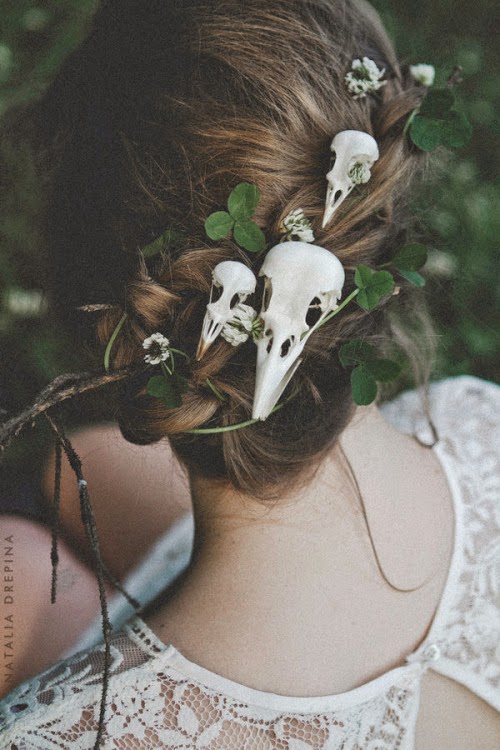 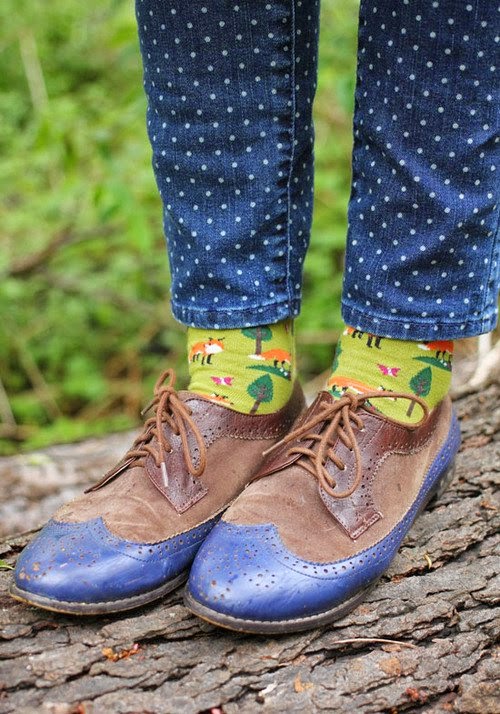 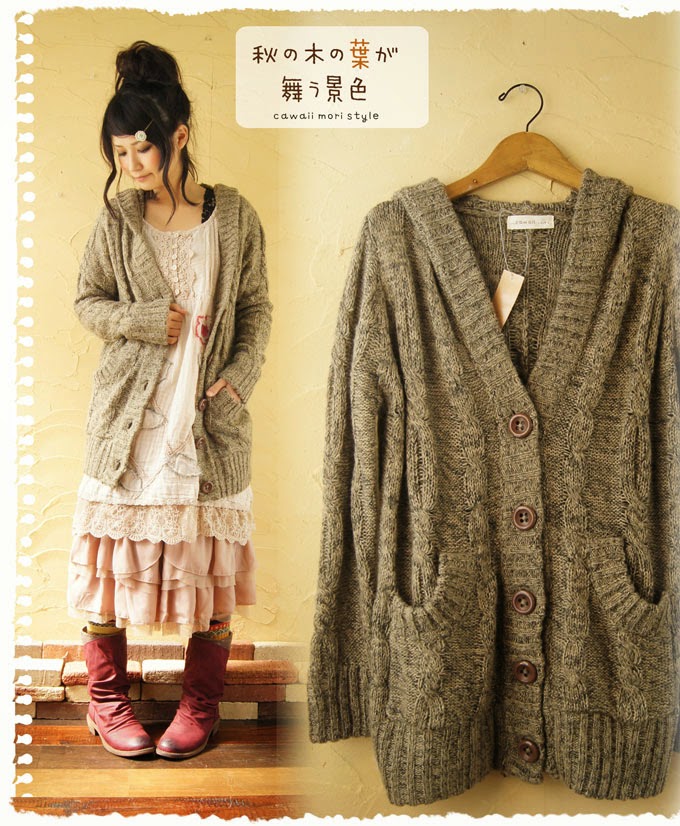 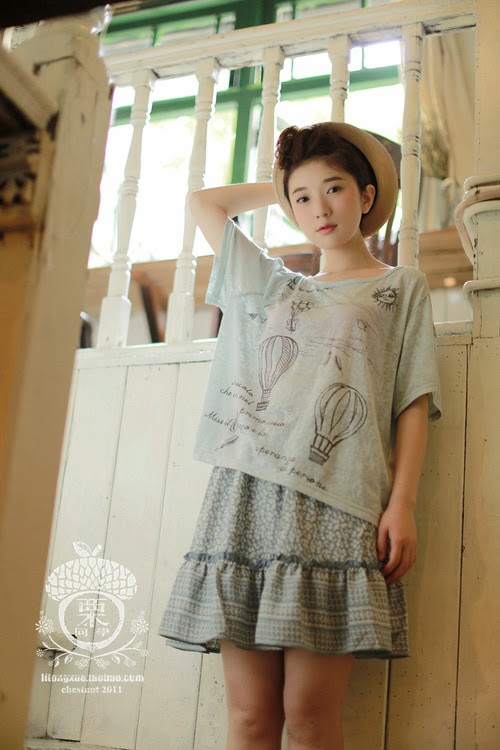 A lot of Japanese styles, while being so clearly designated, bleed into one another; dark mori is a black-hued, witch-touched sort of variation, and natural kei is a slightly more "civilized" variation (which apparently predates mori) in which the girl lives in a little village, or wears gingham dresses and bonnets a la Alice in Wonderland or Little House on the prairie.

Posted by unicorngirl at 7:40 PM 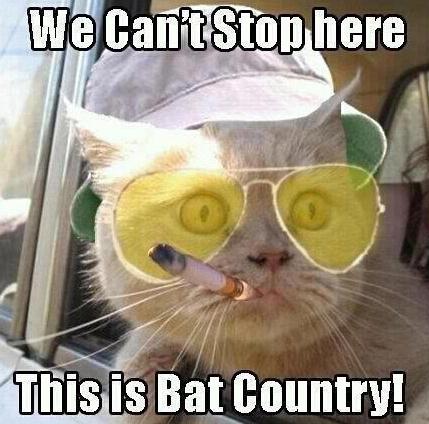